What Is Croc Watch?

Crocodilians are the world’s largest and perhaps one of the most fascinating animals. They are excellent survivors, and have survived continental shifts and the ice ages. Their prehistoric ancestors date back to over 240 million years. Globally, there are 24 recognized species of crocodilians, out of which India hosts three species; (1) The mugger (or marsh) crocodile (Crocodylus palustris) is found in lakes and rivers, (2) The saltwater crocodile (Crocodylus porosus) is found along the eastern coast of the country and the Nicobar and Andaman Islands, and, (3) The Gharial (Gavialis gangeticus) is found in river.

Crocodiles play a vital role in maintaining the balance of an aquatic ecosystem. They are the apex predators at the top of the food chain and eat a wide range of prey, feeding mostly on vertebrates such as fish, reptiles, birds and mammals, and sometimes on invertebrates such as molluscs and crustaceans, depending on species and age. They are also prey, when smaller. Being predator and prey, the crocodile plays an important role in keeping a wetland ecosystem healthy, through maintaining the diversity and productivity of wetlands. Unfortunately, crocodiles are facing significant threats from habitat loss across their range in India. The information on crocodile distribution from India is in adequate and patchy. Given their wider distributed, it is difficult to systematic assess changes in their distribution. Carnivore researchers conduct intensive surveys using various methods, but these efforts are usually limited to specific study areas and periods. While intensive studies provide the cornerstone of data collection efforts, more data over a larger area of India and over longer periods are required to improve the accuracy of the conservation assessments.

Croc Watch is a citizen science initiative by Voluntary Nature Conservancy to collect information on the three crocodilian species found in India and to create a database that can aid in the research and conservation of these species. The project relies on the participation of individuals to contribute to sightings and other information. We are looking for records and/or images of the three species of crocodilians found in India.

This information while providing the extant of the current distribution of three crocodilian species will also help identify key areas for crocodile conservation across the country, which in turn may lead to help make decisions for their long-term conservation and management in India. This information will be available to interested individuals and institutions concerned with research and management of the species. 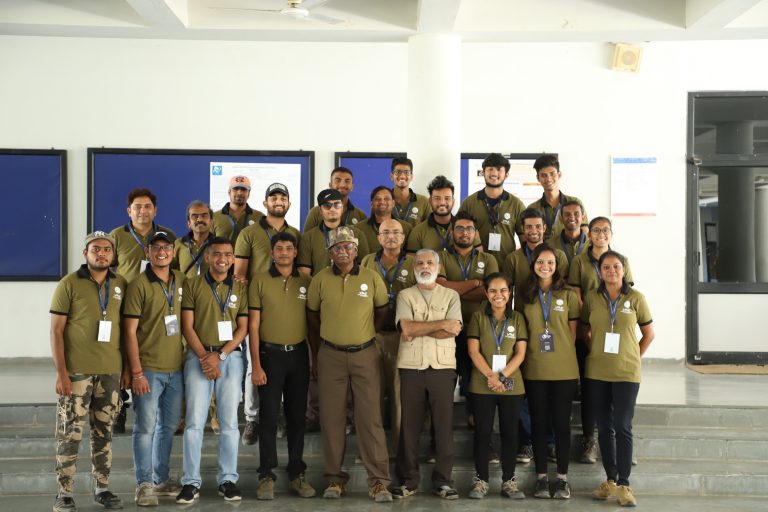 Located in Vallabh Vidyanagar town of Gujarat, Voluntary Nature Conservancy (VNC) has been working actively since its inception with its primary objectives to inculcate a love for the environment and appreciate sustainable living. Started with the idea of sharing the simple joys of bird watching, cycling in the midst of nature, and enjoying being in nature’s lap, VNC has grown into an organization whose working areas now broadly include (1) Environment Education, (2) Research & Conservation, and (3) Awareness & Advocacy. VNC tries to fill up the prevailing gap that exists in the society and education system for environmental education and learning and conducts extensive educational programs in schools and colleges.

VNC’s wildlife-related projects include India wolf monitoring in Kutch, mugger crocodile conservation in Gujarat, understanding and mitigating crop depredation in Little Rann of Kutch, forest owlet monitoring in south Gujarat, assessing and mitigating snakebite in Gujarat, capacity building to assist wildlife conservation, and citizen science initiative to promote crocodile conservation. VNC carries out various campaigns such as the Snakebite Mitigation Program, Save the Sparrow project, Greenathon (annual marathon), Save the Vulture program, and drives to reduce pollution. Besides this, we also deal with ongoing environmental issues that occur around us, such as illegal cutting of trees, water pollution, and waste management. VNC is accredited by GEF, (Global Environment Facility) and is a member of GEA (Global Environmental Action) & SAYEN (South Asia Youth & Environment Network). VNC is also a registered Non-Profit foundation as Voluntary Nature Conservancy in the USA. 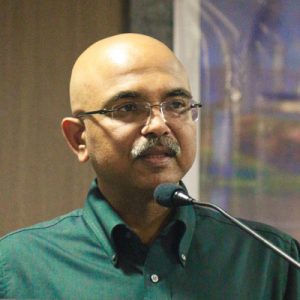 He is the founder and managing trustee of Voluntary Nature Conservancy. Since 1988, he has been actively involved in environmental education, awareness, and protection, and has more than 20 years of experience in educating the public. He is a co-opted member of the Animal Welfare Board of India and is appointed as Honorary Wildlife Warden for Anand district. He is an active part of the crocodile research team at VNC, and assist in developing educational programs for creating awareness about crocodiles. 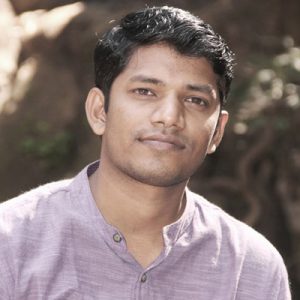 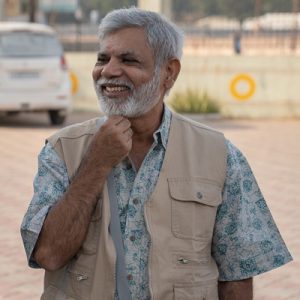 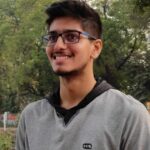 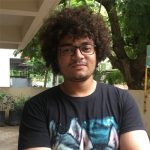 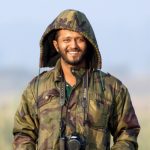