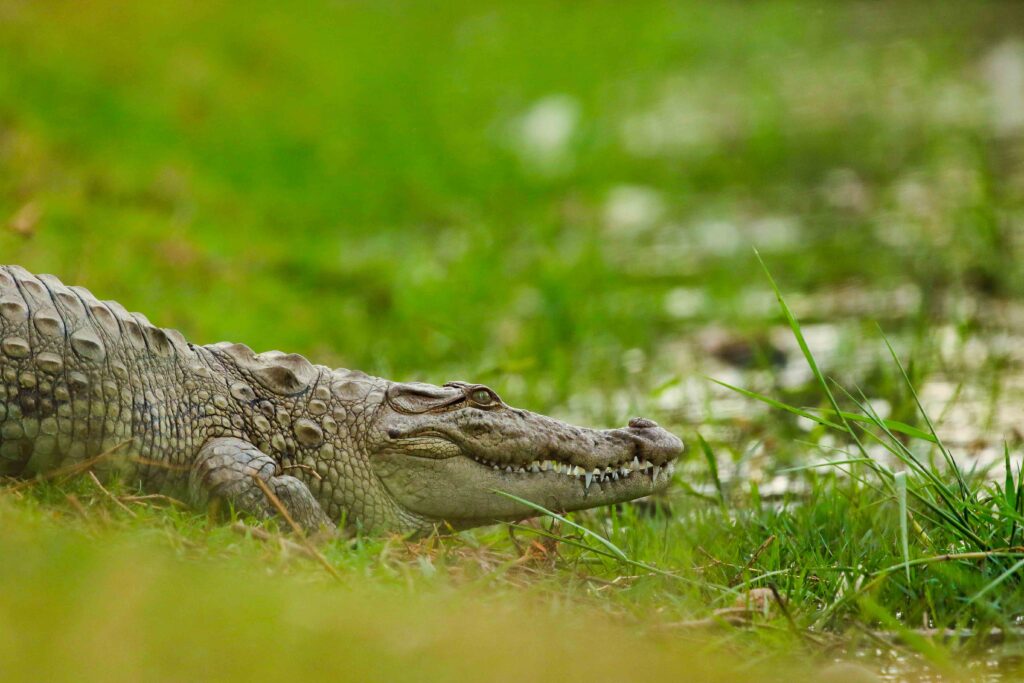 Behavior: Muggers are highly social and their social behavior includes gregarious behavior, communication, territorial activities, and dominance interactions. Between adults and also adults and their young there is many vocalizations. Most of the socializing take place during the seasonal mating activities. Body postures like snout raising and tail thrashing are used by males when establishing territories and trying to gain dominance before courtship and mating. Like other crocodile species, activities include basking, diving, and swimming. In addition, a unique and important activity is burrowing. Burrows are used for thermoregulation during hot and cold periods of the day. These crocodiles leave their tunnels at night to seek food. This species can migrate over land in search of new territory, and they can chase prey for short distances on land. They are adapted better than most other crocodiles to life on land.

Mating and Reproduction: Mugger crocodiles exhibit a polygynous mating system, in which one male mates with more than one female. Breeding is from February to April. This species is a hole-nesting one. Once a female finds a suitable place for digging her nesting hole, she usually uses it for most if not all of her nests over the years. About one month after mating, 10-48 eggs are laid into the nesting hole, with the average clutch size being 28. Muggers sometimes lay two clutches a year in captivity, but it is not known what happens in the wild. Incubation is for 55-75 days. On hatching, the eggs are carried to nearby water by the mother or sometimes the father. Young crocodiles stay in loosely organized groups along with the adults for as long as one year before dispersing.